Quick to: advice and product

Everyone believes that children should grow up healthy. It is therefore logical that people are concerned about air pollution in children. After all, this has consequences for their physical, mental and social development. With the child’s respiratory system at the forefront. Our sons and daughters are much more sensitive to polluted air than adults. Naturally, you want to avoid lung disease in your child at all costs. Even before birth, air quality matters. We delve into the science to find out what the exact impact of clean air is. We make a clear explanation about air pollution and children. And can air purification help children?

Air pollution and children, is it more harmful?

Air pollution is harmful to everyone. After all, you breathe it all day long. Yet children are extra sensitive. This has several causes. For one thing, children are still developing. As a result, their defences against pollution are not yet as effective as those of adults. Air pollution in children therefore causes more damage. This development comes with another problem. Air pollution not only damages the cells that are already there, but also the growth process. The body uses many chemical signals to control growth. Air pollution disturbs this process. As a result, the lungs do not develop as well as they should and this causes persistent problems years later. In some cases, air purification can help children.

In addition to these causes, there is another important point that makes children especially sensitive to air pollution: They simply use more air! Children are growing fast and this takes a lot of energy. As a result, they need more oxygen than adults. The lifestyle of children is also much more active. They play outside more often, run around with friends or let off steam on the trampoline. As a result, children are physically active for more than 2 hours a day on average, compared to only 24 minutes for adults. Because of these two reasons, children breathe relatively a lot more. The same air pollution is therefore considerably more harmful for children than for an adult. Lung disease in your child is then suddenly more likely. 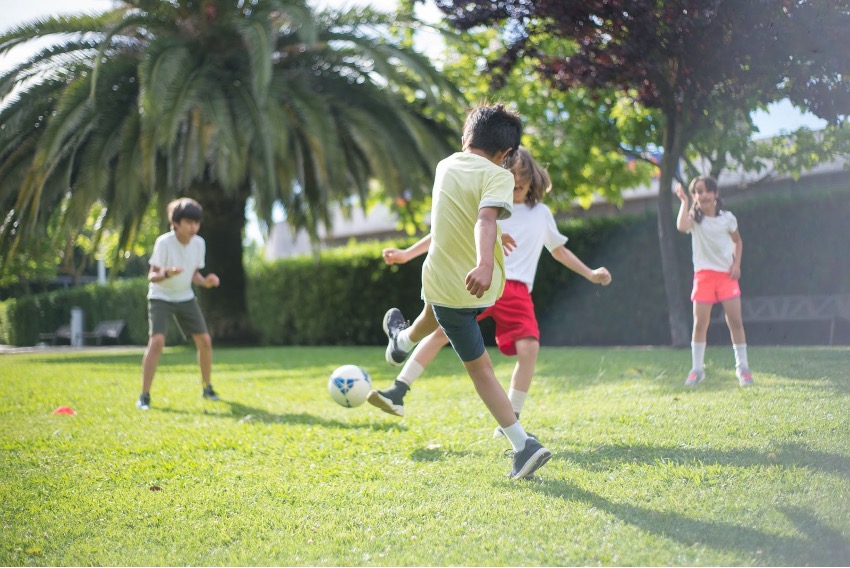 Development of the lungs

It will come as no surprise that the various forms of air pollution hit the lungs hardest. After all, this is where it lands first. This increases your child’s chances of developing lung disease. Especially long-term exposure has been shown to reduce the growth of lung capacity. Damage to a child’s lungs not only reduces its current lung capacity. Air pollution in children also affects the ability of the lungs to grow. Short-term exposure soon has negative effects. That is why air cleaning for children can offer a solution. Children who grow up in a high-pollution environment are also more likely to develop asthma. Air pollution in children also causes them to suffer more from asthma.

Air pollution in children is not only bad for the lungs. It is also harmful to the development of the brain. For example, research has been carried out into the impact of pollution on schoolchildren. This shows that the annual growth in cognitive skills is no less than 50% higher if the air is not polluted! Children’s intelligence and attention span also decrease when there is a lot of air pollution. Now, it is not the case that a child’s development is immediately halted if he or she is exposed to a polluted environment. But long-term exposure does have an impact. One way of minimising this impact is to use air purification.

Explanation: Does air pollution in children cause autism?

Autism is a complex disorder of which we do not know the exact cause. Yet it is quite possible that air pollution plays a role. Several studies seem to find a correlation between air pollution in children and the development of autism. In a recent review of various studies, scientists conclude that a link between the two is likely. Air pollution would have a particular effect during pregnancy and the child’s first year. However, these studies are still at the beginning. So it is still too early to draw any firm conclusions. However, the first signs point firmly in the wrong direction. How great these effects are and whether air pollution is equally harmful at each stage of development remain to be seen.

Why the severity of air pollution in children is increasing

Children’s days today look different than they used to. Although most children still find exercise and playing outside very fun and important, they are also spending more time behind a screen. Even before the corona period, children were spending 4 hours a day behind a screen. In the past three years, this has increased significantly. This means that children spend a lot more time indoors than they used to. It will not surprise most people that the indoor air is much more polluted than the outdoor air. This is because all the pollution from the outside air, such as fine dust, comes in through the open window or door. Indoor air pollution from cooking or the open fire is added to this. Keeping air pollution for children at home within limits is therefore essential. Air cleaning keeps the room clean for children.

How to stop air pollution in children, an explanation

With all these negative effects, it is logical that you want to protect your offspring with clean air. Air pollution can be prevented in various ways. Encouraging them to play outside more often and switching on the fireplace less often already helps. Yet it is unlikely that this is enough. Much air pollution comes from outside through traffic and industry. Indoors, too, it is not so easy to solve. Cooking causes the most pollution. And you don’t just stop doing that. So air pollution for children comes from many places. An air purifier helps to keep the air clean indoors. So:

An air cleaner, does it help?

An air cleaner removes pollution from the air through very fine filters. This leaves the pollution behind and the device blows clean air into the room. A nice air cleaner for the home is, for example, the EA30. With its large capacity and quiet operation, it is very suitable for living rooms and larger bedrooms. Its smaller brother, the EA15, is also very suitable for the smaller bedroom. This way, you keep air pollution and children separated!

Do you want an air purifier for your home or do you want more information about what is possible? Then go to our product page or call us on +31 20 670 2567. for advice without obligation!